To share your memory on the wall of B. Frank Sager, sign in using one of the following options:

Provide comfort for the family by sending flowers or planting a tree in memory of B. Frank Sager

Provide comfort for the family of B. Frank Sager with a meaningful gesture of sympathy.

Per Frank’s wishes, private services were held and burial has taken place at the Calvary Cemetery in Ahmeek.
Online condolences for the family may be left at www.ericksoncrowleypeterson.com
The Erickson Crowley Peterson Funeral Home in Calumet is assisting the family with the arrangements
Read Less

To plant a memorial tree in honor of B. Frank Sager, please visit our Heartfelt Sympathies Store.

We encourage you to share your most beloved memories of B. Frank here, so that the family and other loved ones can always see it. You can upload cherished photographs, or share your favorite stories, and can even comment on those shared by others.

Posted Nov 01, 2019 at 06:36pm
Our sincere condolences to the Sager Family. We feel so blessed to have seen and visited with Frank and Marilyn at the Misco a few weeks ago.
He was a wonderful man and a good friend. He will be missed.
Barry and Karyn Fay
Comment Share
Share via: 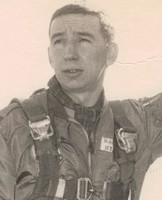