To share your memory on the wall of Donald Zappa, sign in using one of the following options:

A receipt has been emailed to the address provided. A receipt may also be printed.

Donald F. Zappa, 91, a resident of Mohawk for his entire lifetime, except for a little more than a year when he resided in Jerome, Arizona, passed away at UP Health System-Marquette on Sunday December 15, 2019.<... Read More
Mohawk, December 16, 2019

Donald F. Zappa, 91, a resident of Mohawk for his entire lifetime, except for a little more than a year when he resided in Jerome, Arizona, passed away at UP Health System-Marquette on Sunday December 15, 2019.

He attended Calumet High School, graduating with the Class of 1945. He also graduated from LaSalle University, School of Accounting.

He served with the U.S. Army from 1950-1952, during the Korean Conflict, being honorably discharged with the rank of Sergeant.

Donald was very active in sports, participating in high school track and basketball. He was also active in baseball with various Mohawk and Keweenaw teams as a long time third baseman. He participated in junior, intermediate and senior hockey with Keweenaw and Calumet teams. He was an avid Chicago Cubs fan since childhood.

On June 5, 1954 he married the former Enid Kytta and they made their home in Mohawk for the past 65 years. He was a former member of the Mohawk Methodist Church and a current member of the Laurium Shining Light Church. He was active as a lay speaker in various churches for a number of years.

Don served as a member of both the Allouez Township School Board as well as the C-L-K School Board for a period of 21 years, fifteen as Treasurer and the final six as President. He was preceded in death by his parents and his beloved dog, Belle. He is survived by his wife, Enid of Mohawk, a son, Roger (Natalie) Zappa of Marquette, a daughter, Nancy (James) Moore of Hancock, three grandchildren Luke and Matthew Zappa and Emily Moore, and 2 great grandchildren, Bearen and Hayden.

Burial with military honors conducted by the Copper Country Veterans Association will take place in the Lake View Cemetery in the spring.

To send flowers to the family or plant a tree in memory of Donald Francis Zappa, please visit our Heartfelt Sympathies Store.

We encourage you to share your most beloved memories of Donald here, so that the family and other loved ones can always see it. You can upload cherished photographs, or share your favorite stories, and can even comment on those shared by others.

Posted Dec 25, 2019 at 03:35am
Roger and Family; We were saddened to hear of the passing of your father, I know how close you were to your parents. We are thinking of the Zappa family and have you in our prayers. May the love and support of family and friends be of comfort to you in the difficult days ahead. May the good memories be of some consolation to you and yours. Laura and Hartley Collins. (We are now residents of Calumet since 2015).
Comment Share
Share via:
HS

Medium Dish Garden was purchased for the family of Donald Zappa. Send Flowers

Posted Dec 18, 2019 at 08:37pm
Dear Enid & family,
Carl & I are so sorry to hear about Don's passing. Know that you & your family are in our thoughts & prayers
Dorothy (Murvich) & Carl Koski
Comment Share
Share via:
BM

Posted Dec 18, 2019 at 05:52pm
Please accept our most heartfelt sympathies for your loss... Our thoughts are with you and your family during this difficult time. Love you guys

Posted Dec 18, 2019 at 04:52pm
Dear Enid, Roger, Nancy and families,
We are so sorry to hear of Don's passing! He was such a wonderful man and family friend. You all have our deepest sympathy. George and Joan
Comment Share
Share via: 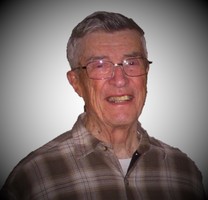